#covid19 - Please note that deliveries are very disrupted We will keep you informed during your order according to the country of shipment of your jewelry. 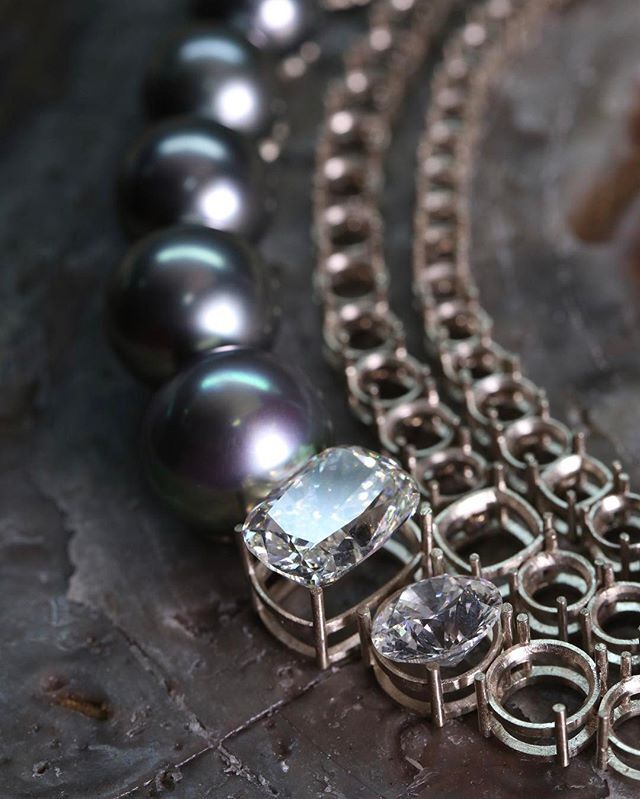 Whoever said diamonds were a girl’s best friend ever had the opportunity to admire Robert Wan’s exceptional Enso necklace. The Maison is successfully bringing the power of pearls back into the mainstream with its latest exceptional three-strand creation, which features 18 spectacular Peacock Tahitian pearls alongside 101 carats of dazzling, brilliant-cut diamonds. “My hope is this necklace will exude a similar feeling to the wearer as it does when I designed it,” says luxury designer Arnaud Flambeau, who collaborated with Robert Wan for the AED 12.8 million creation. “One that is marked by profound grace and elegance coming together full circle.” It took a total of 10 years to harvest the piece’s 17mm pearl standout, as well as 300 hours to cut and polish each extraordinary diamond. Inspired by the Far East, Flambeau was inspired by the Ensó symbol in Japanese calligraphy, an ancient emblem of a single brushstroke in the shape of a circle. The rarity of the natural pearl, formed during an oyster’s reaction to an irritant, and its luminous essence and elegance emits purity and power. Astonishingly precious, they continue to be an object of wonder, particularly in the United Arab Emirates (UAE) because of their regional significance – the pearl oyster was a source of wealth in the UAE long before the discovery of oil.