Tahitian pearls are one of the most precious pearls in the world, cultivated in the South Pacific Ocean, in French Polynesia. Very popular as the royal family jewelries, Tahitian Pearls are considered as a symbol of fortune, mystery and beauty.

This year, ROBERT WAN, the Pearl Emperor of Tahiti, offers a special Italian design " Tahitian Plumeria Drop Pendant" to the Charity Ball, a unique piece inspired by the drops from the blue ocean and Plumeria flower. In fact, Plumeria is very popular in Tahiti, symbolized dignity, sunshine and good luck.

Last Sunday 4th of June, ROBERT WAN participated in the Shanghai Trust Foundation Women's Round Table Trust Charity May ball organized in Peninsula hotel of Shanghai. Around 300 most important, successful and influential ladies were invited for this great event. ROBERT WAN had the opportunity to present several pieces of jewelries during the cocktail and decided to donate a "Tahitian Plumeria Drop Pendant" for charity auction during this famous charity dinner. In total 12 pieces of auction goods were presented, including other brand sponsors such as Jimmy Choo, Roger Vivier, la Perla, Salvatore Ferragamo, Shiatzy Chen... 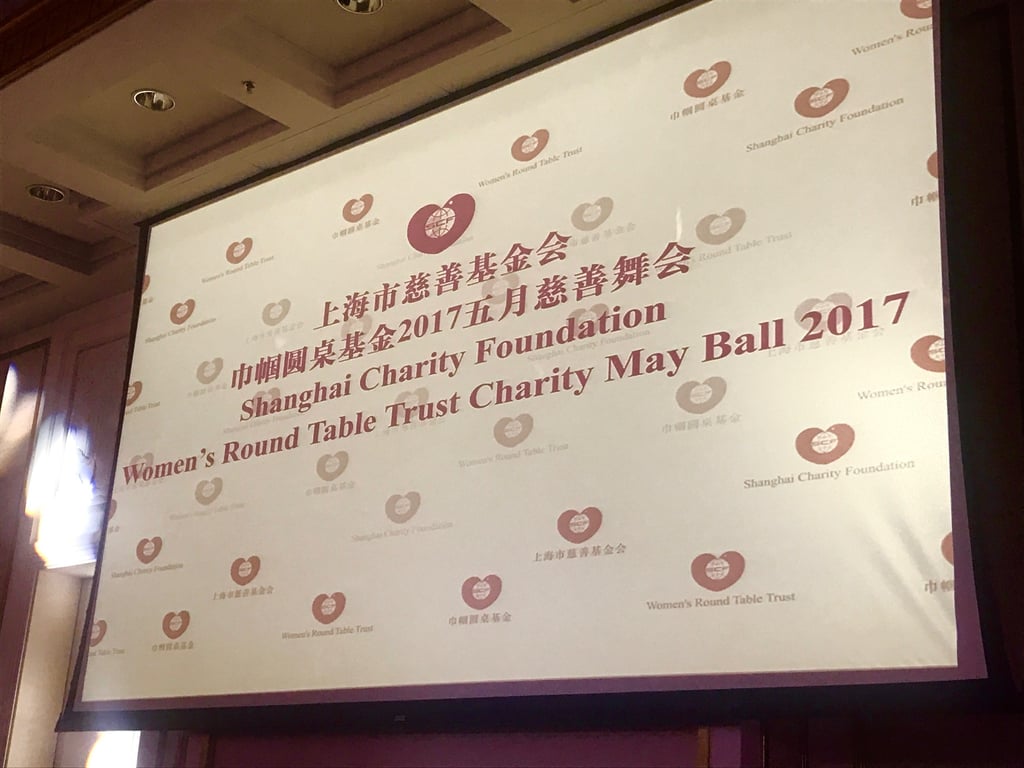 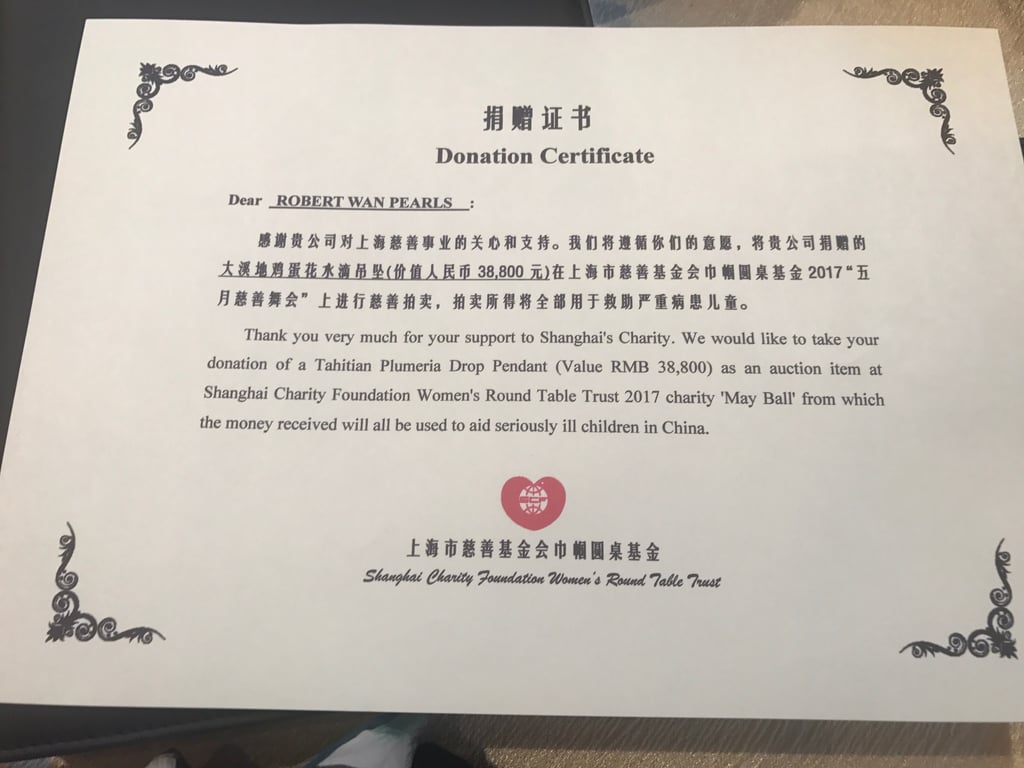 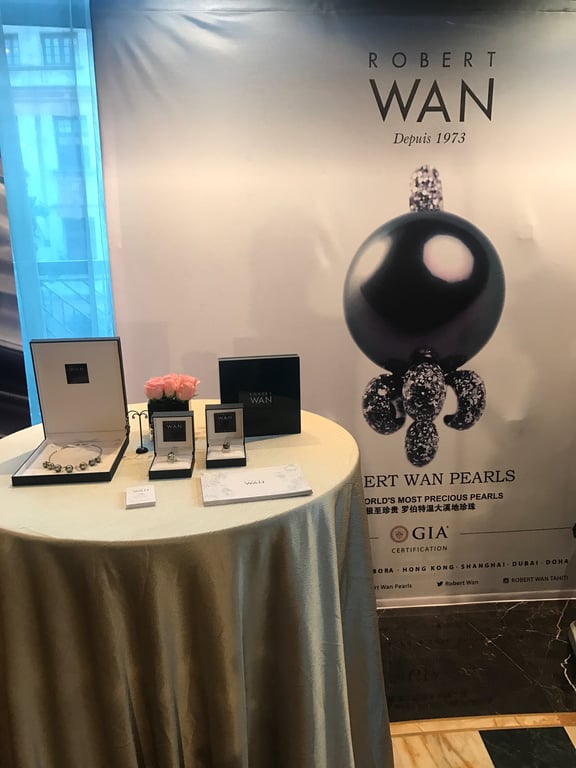 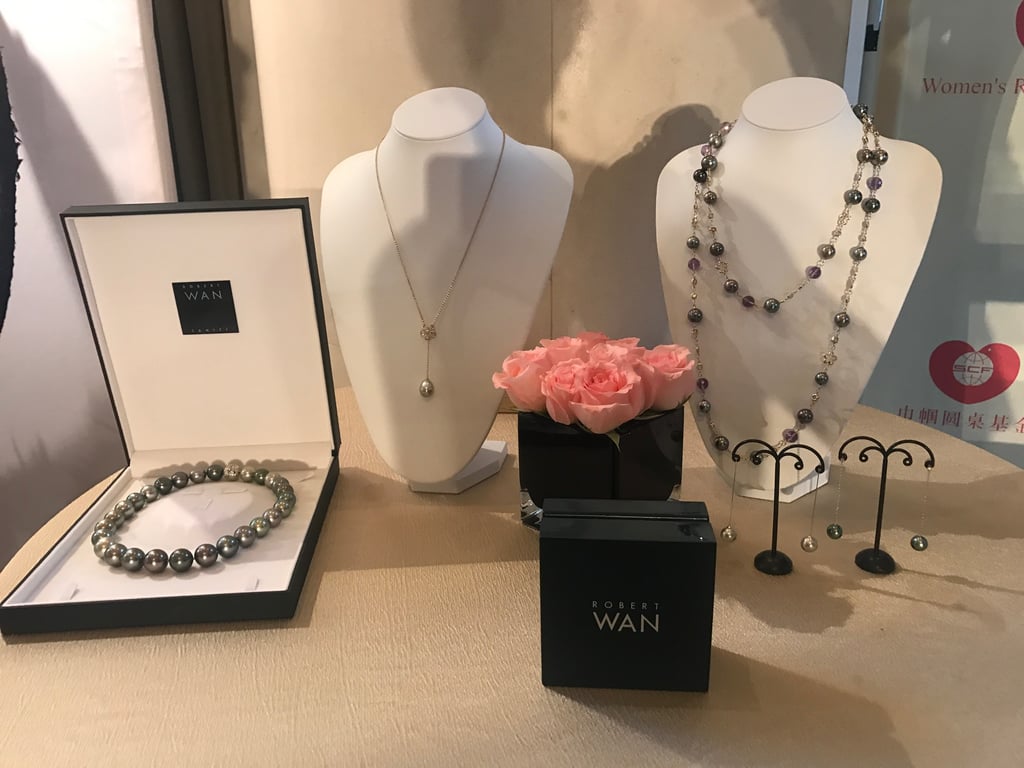 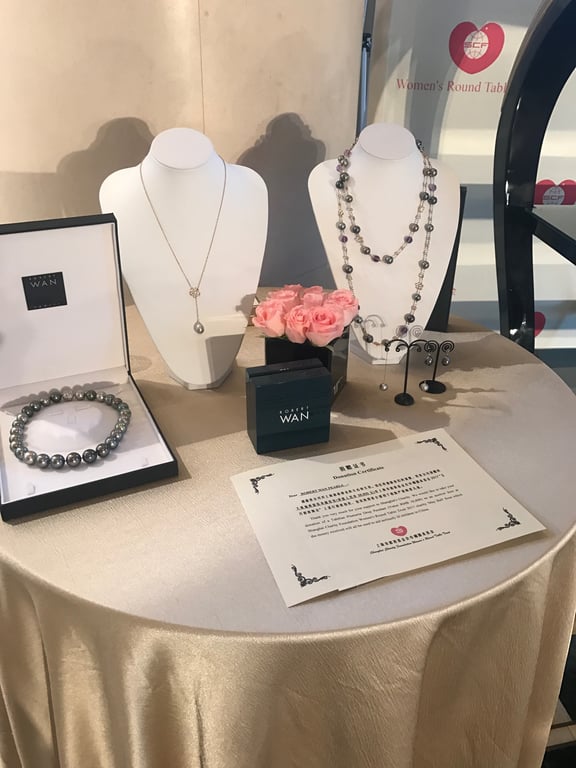 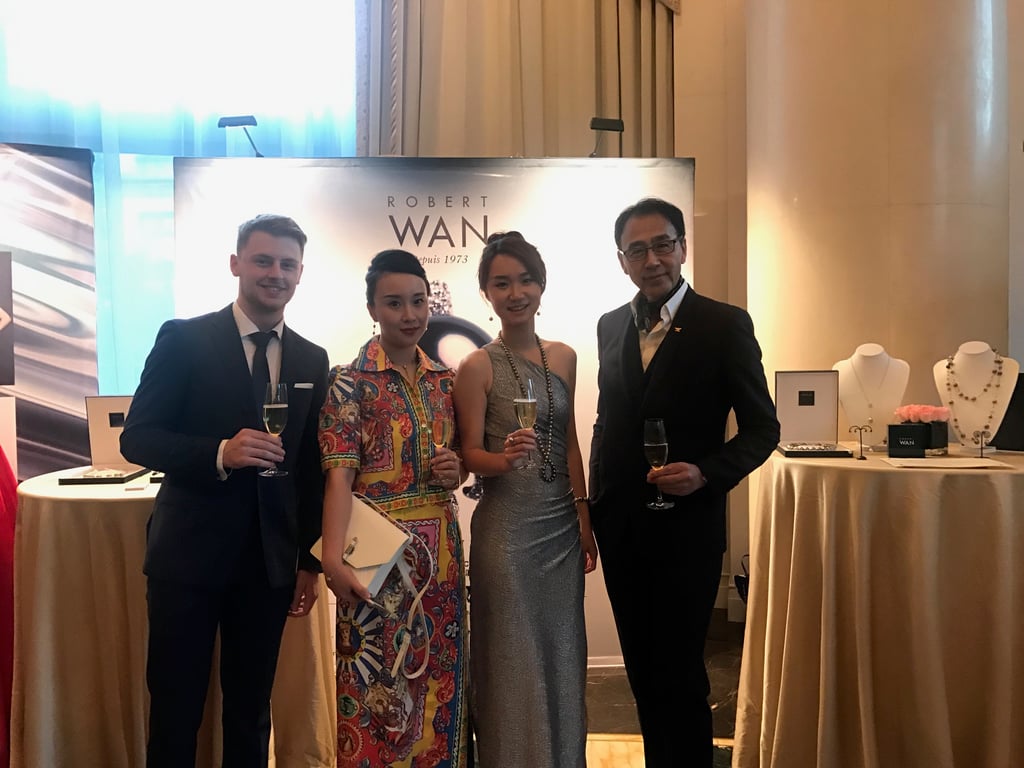 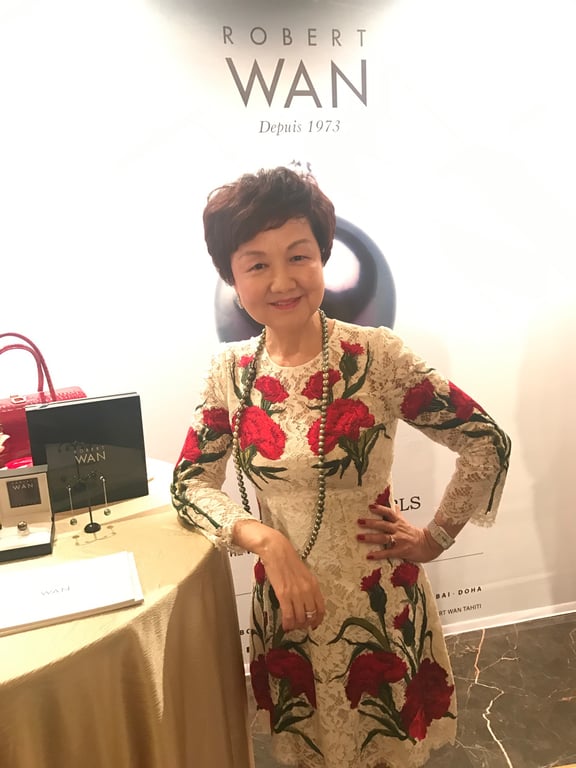 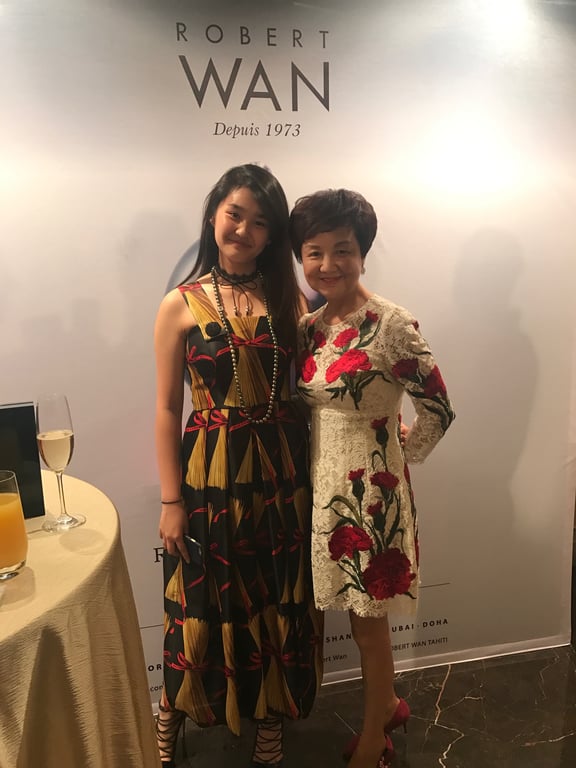 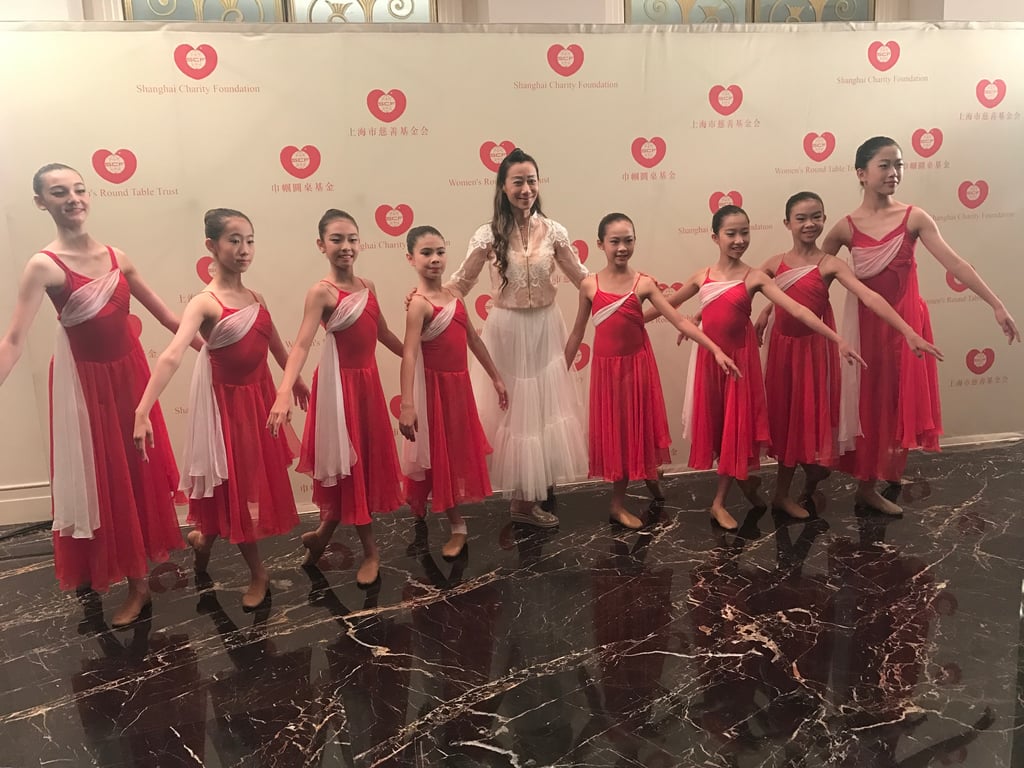 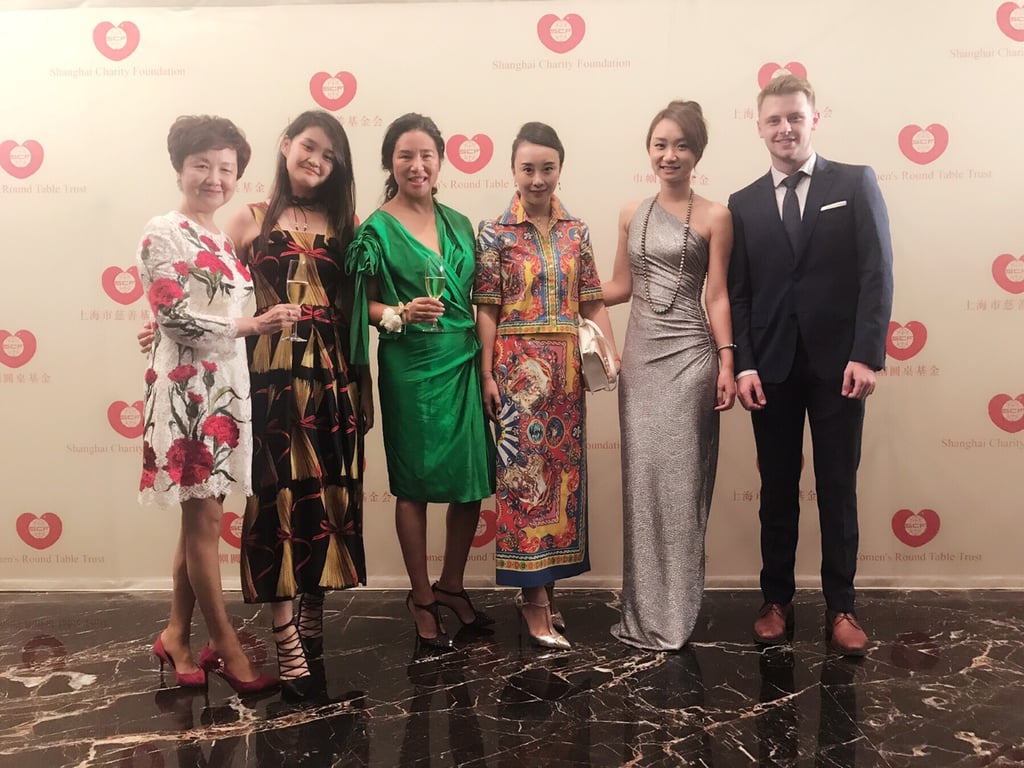 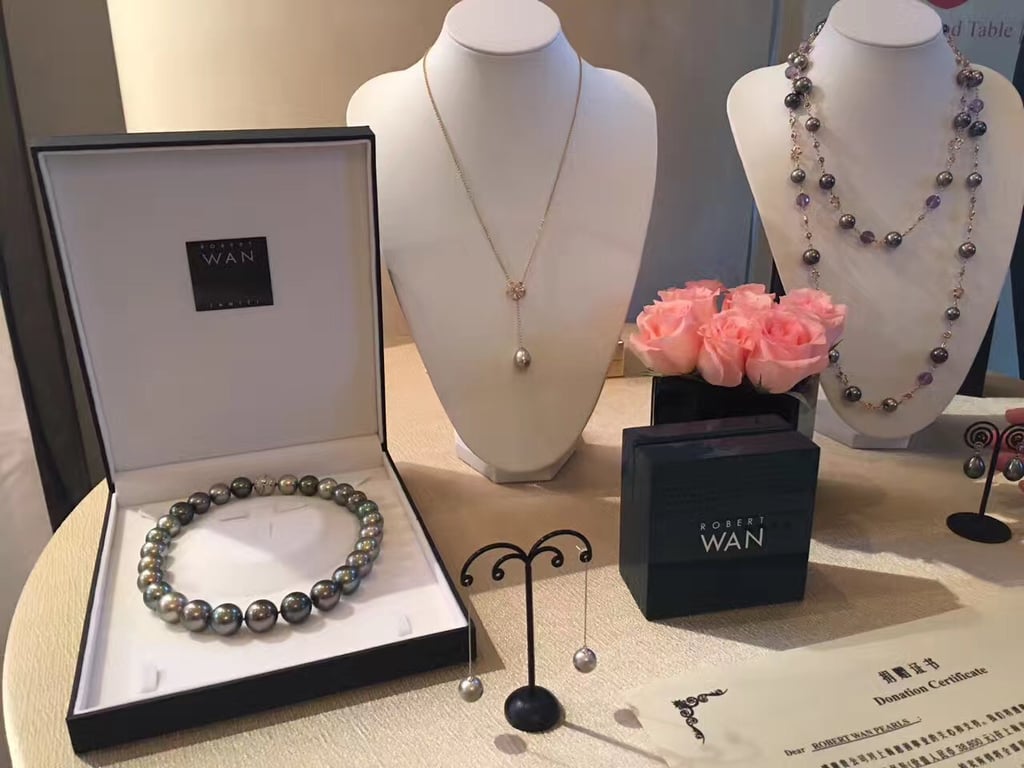 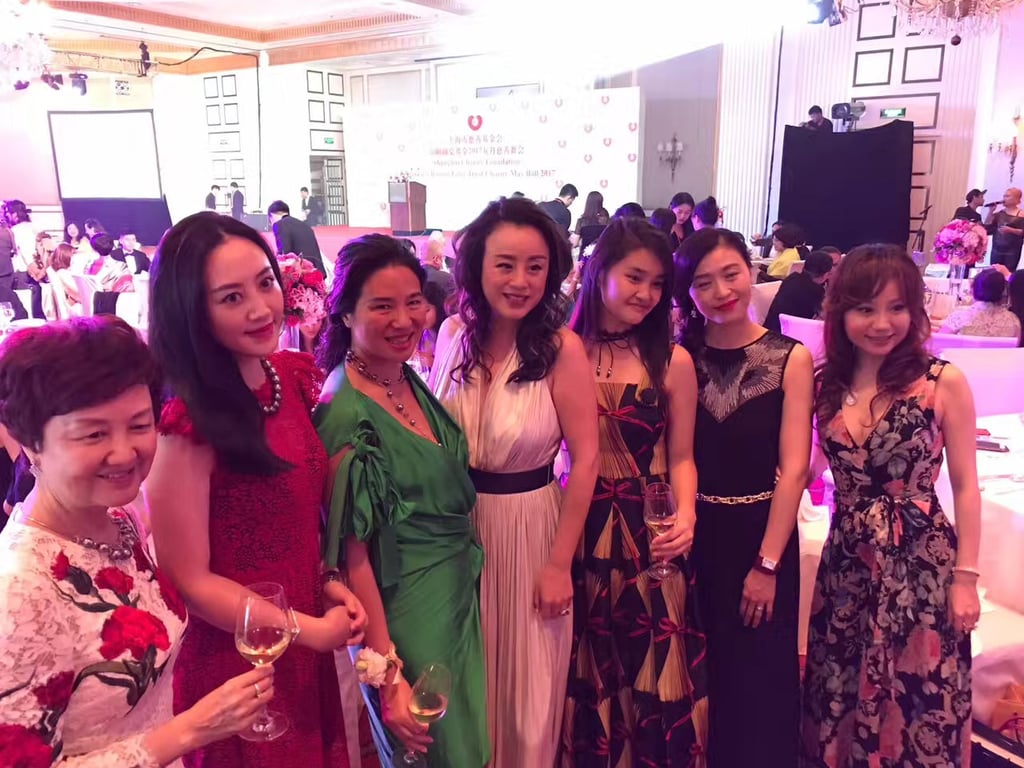 On October 5th, we have celebrated the 20th prestigious anniversary of the Pearl Museum Robert Wan in Tahiti.

300 guests were invited and they had the chance to see a fashion show with the last Robert Wan creations, to assist to a private cocktail and live a new personalized jewelry experience : The Pearl by Robert Wan.

They were able to choose the color of the thread and match it with the pearl of their choice.

Then a private sale of a unique necklace with beautiful baroque pearls, was also presented during this evening. All the benefits from this sale were dedicated to a charitable association.

A beautiful way to link the prestigious to the devotion.

Finally, during one night, the Pearl Museum had opened its doors to present the most beautiful Robert Wan pieces of the world.