The story of a lifetime 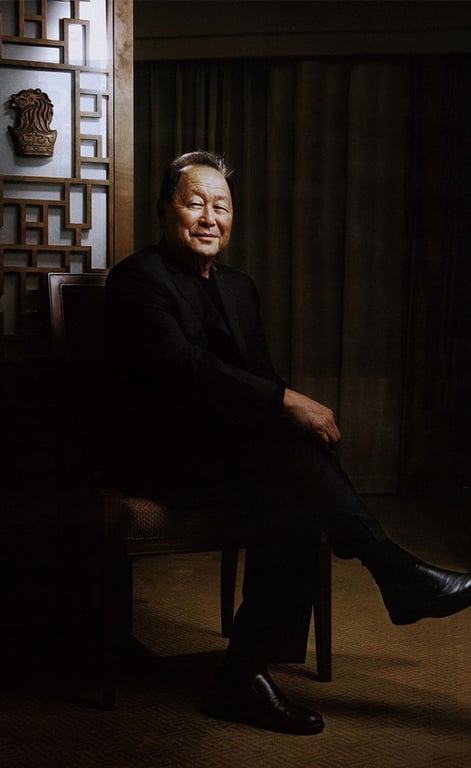 THE STORY OF A LIFETIME

Robert WAN, whose father left China for Tahiti in 1904, is a businessman working at a crossroad of cultures. Although he has French nationality, Polynesia remains his beloved motherland, while China reflects his origins His multi cultural identity is a powerful source of energy.

Bursting with a fierce desire, Robert WAN entered the working world at age 19. He first gained experience as an employee who loved a job well-done. He was quickly promoted to partner before establishing his own companies.

In the 1960s, the Polynesian government decided to promote the pearl culture. Many investors, adventurers, and scientists gave it a try, albeit unsuccessfully.

In 1973, Robert WAN spotted in the pearl culture the beginning of a beautiful adventure. More than anyone else, he saw in pearl techniques a way to highlight Polynesia and its treasures.

In 1974, Robert WAN travelled Japan, the birthplace of the cultured pearl industry, to meet Professor Sato a well-known figure in cultured pearl production who had worked with the legendary Kokichi Mikimoto, pioneer and father of commercial pearl farming.

Sato introduced Robert WAN to Mikimoto’s grandson, who promised to be loyal customer if Robert could produce enough Tahitian pearls of a consistently high quality.They met on the now famous Pearl island of Toba, in the Japanese prefecture of Mie. Three years later, the entirety of Robert WAN’s first harvest was bought by Mikimoto. Mikimoto was the first to believe in Robert WAN and his Tahitian pearls, and a strong friendship between the two men remains to this day.

Having started with nothing, Robert WAN has managed to rank Tahitian cultured pearl as the only French gem, the star of haute-Joaillerie.

From nacre to pearls, haute-Joaillerie to science, Robert WAN is keen on understanding and trying everything. He invests, experiments, questions himself, adjust his observations and makes the most of his discoveries.

He understands the importance of atolls, and 40 years after his first grafting, he believes more than ever in the development of the Poe Rava (literally the “Green, shimmering, black pearl” in Tahitian).

Robert Wan and the Gemological Institute of America, together in symbiosis, contributed to the upbringing and recognition of the Tahitian cultured pearl that earn its honors as a gem, putting it in the same category as precious stone. Since 1997, The Robert Wan Educational wing at the GIA campus in Carlsbad, California, is evidence of the gem worlds recognition of the pioneer of the Tahitian cultured pearl.

The biggest jewellers and fashion designers – Tournaire, Dupont, Harry Winston, Tiffany, Chaumet, Boucheron, Chanel, Jean Paul Gautier, Torrente, Mikimoto, Chow Ta Fook, have made a place for the Tahitian cultured pearl by daring to use this gem in their magnificent, innovative creations.

The Robert WAN Pearl Museum provides a comprehensive guide to the history and legends of pearls, crossing different cultures and civilizations. Visitors to the museum learn how the pearls are grafted and can see a collection of the world’s most beautiful cultured gems. A highlight of the collection is the largest round Tahitian cultured pearl in existence: a 26mm round Tahitian Silver (grey) of AAA quality, weighing 8.7 grams. Fittings, this pearl is called the “Robert WAN”.The Robert Wan Pearl Museum is a must do activity of the island of Tahiti. It confides to its visitors not only all the Cultured Pearl’s secrets and its History, but also all the tools and trust to choose their pearls. Only Museum dedicated to the Pearl, the Robert Wan Pearl Museum provides numerous illustrations and explanations that are as adapted for amateurs as for experienced people. Robert Wan reveals all the secrets of conception of the Tahitian Cultured Pearls and discloses its symbol over the centuries. He also shares pieces from his private collection, among which the biggest Tahitian round Pearl of the world, called « La Robert WAN ».

Visiting the museum, you dive into the Tahitian Pearl Universe and get immersed in the heart of the Tuamotu Gambier pearl farms. A team of advisers is there to guide you during your visit and assist you during the choice of your precious souvenir on request. The Pearl Museum is open from Monday to Saturday, from 9 am to 5 pm. The entrance is free and shuttles are made available on demand. People interested in visiting the museum can thus call our private drivers that will pick them up for free. Moreover, located near the Paofai Temple, the Pearl Museum is only 5 minutes away from the harbor by feet. The walk offers the visitors unique landscapes of the daily Polynesian lifestyle. The Pearl being one of the main symbols of French Polynesia, visiting its museum and discovering all its secrets is an important step to share the Polynesian culture and its savoir-faire.