At the Beginning was the Mother of Pearl 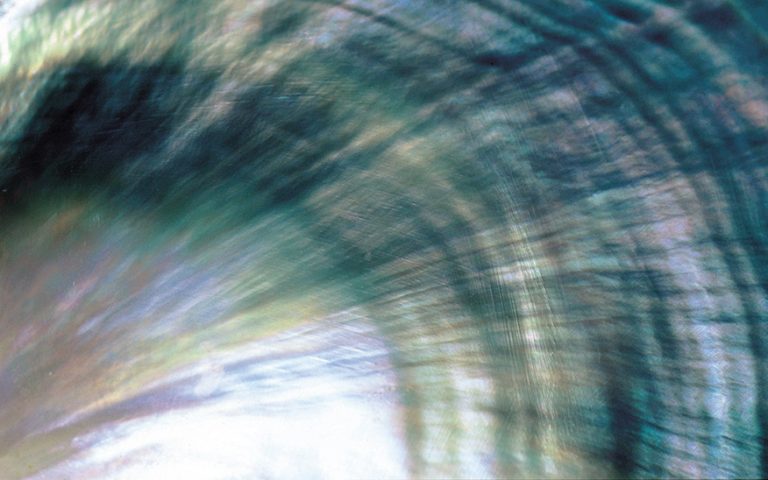 The mother of pearl. It is an exceptional substance which name is often given in the atolls to the pearl oysters which are giving birth to the pearls. However it’s not that, neither it is the shell protecting its mollusc.The nacre or mother of pearl is rare and discreet as it is only the substance covering the inside of the thick protecting shell. This substance is made of thin slices of calcium carbonate (aragonite) which are linked by a living matter (conchylium, shell) to form a compact, stiff and very strong structure that could last for several thousands years.

Such a substance offering such properties was without a doubt keeping other undiscovered secrets for more than 500 million years.The mother of pearl secretly kept that rich substance which is actually made of ultra active proteinic molecules. These molecules could be used by human beings for a very unique benefit. Indeed these molecules are known for stimulating and regenerating skin cells and they help re-densifying the epidermis which gains in complexion and tones. This has been discovered after long research lead by Professor Evelyne Lopez with a specialised team from the CNRS (French National Centre of Scientific Research) in conjunction with the Natural History Museum. But the result is that as of today, none of the existing cosmetic products available on the market holds such a high percentage of active molecules than the one hold in the mother of pearl from Robert Wan’s brand.

These bio active molecules release a spate of reactions that have beneficial effects on the skin :

They re-structure the dermis